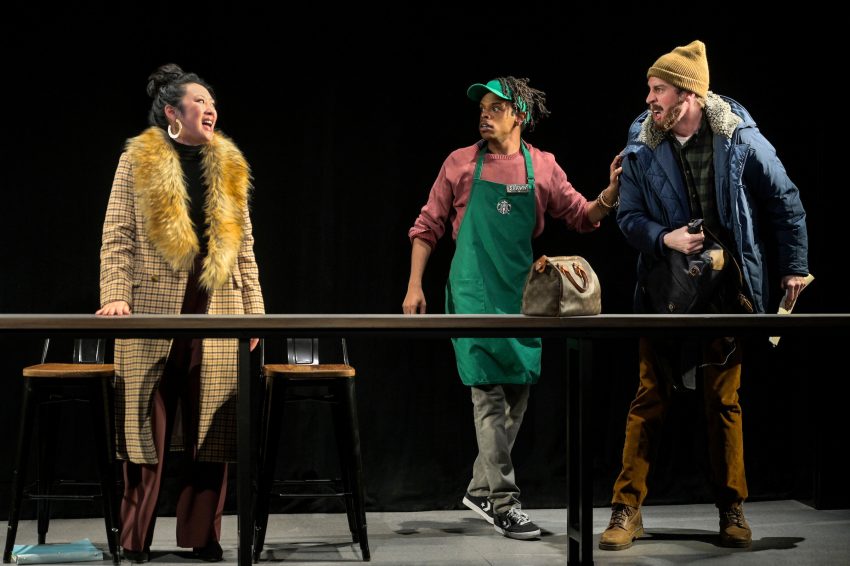 Local Theaters Pull Off Trick of Plays at Home

In the hopes that we all get through this pandemic with our wits intact, our beloved local theaters have begun to offer free or ticketed plays on-line. Their services have already begun—in fact, they began so fast that I missed out on signing up for Berkeley Rep’s “Mean Girls.”

Note that there’s a FREE show from Theatre Rhino that ran recently: Theatre Rhinoceros, “A Tourist in London” by John Fisher. FREE at therhino.org

So that you don’t miss any upcoming streaming theater, Theatrius is posting new streaming shows at theatrius.com. The shows will appear in a list at the top of our Opening Page, under Now Playing—you can look for the latest updates at: theatrius.com

Some shows, such as ACT’s “Gloria” and “Toni Stone” have already been reviewed on this site—so look at those reviews for details on each show. We reviewed those LIVE, before they closed down. We also reviewed TheatreWorks’ “They Promised Her the Moon”; Marin’s “Love”; S.F. Youth Theatre’s “The Afterlife”; Ubuntu’s “Maharbharata”; and The Rhino’s “Radical.” Just type in the title in our Search slot, to pop up the reviews.

You can read those reviews at Theatrius and decide if you want to see a show in its on-line version. Each theater has a different method to access their streaming plays. Our list gives you the links to their Websites to get the details on streaming. You can also reach us at reviews@theatrius.com

We are planning to review some of these on-line versions, too—so, watch for new reviews of Streaming Theater. The list will be updated as plays come and go. Many of them have deadlines, so check the theater websites for start and stop dates, please. And take care of yourselves, too.

Theatreworks, “They Promised Her the Moon”:  theatreworks.org. One time viewing up to Sunday, April 12.

Theatre Rhinoceros, “A Tourist in London” by John Fisher. FREE at therhino.org

Theatre Rhinoceros, “An Ode to Orde”-John Fisher. FREE at therhino.org