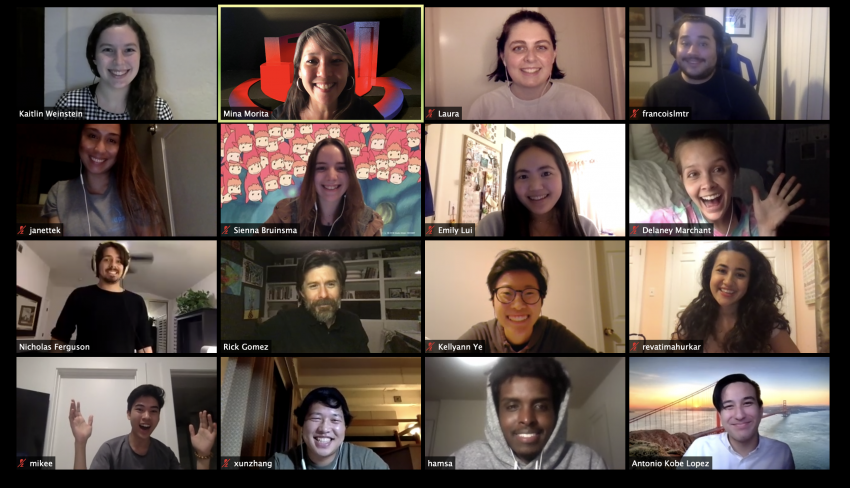 by Kelsey A. Reder

Set in Nueva, New York in the late 23rd century, Dustin Chinn’s Radio Play, featuring CAL students under the direction of Mina Morita, imagines a world where Caucasians, nearing extinction, survive under federal protection. They live on preservation farms and perform their “caucasity” for a curious public.

In this near white-less future world, Chinn wittily shows two arrogant Caucasians who disrupt the prevailing ethnic diversity. Even in a world where Caucasians are critically endangered, their white voices carry weight.

The diverse cast captures our interest from the opening line, a multi-lingual array of “hellos,” and holds onto our attention. Rigoberto (Mikee Loria), museum employee and aspiring “white lives activist,” offers to help two Caucasians escape from their display at the Hall of Caucasian Peoples. We’re eager to join their flight for “freedom” as Meghan (Laura Hay) and Benedict (Nicholas Ferguson) escape with Rigoberto. 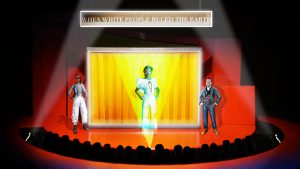 On their escapade to a “normal life,” Meghan and Benedict assert their Caucasian dominance and demonstrate their reluctance to take responsibility and participate in a diverse world.

Mina Morita directs the CAL student cast to cleverly adopt personas who make us feel like we’re in the front row. Ferguson’s Benedict sports a stereotypical white male accent, dominating the imaginary stage with his “privilege.”

Hay transforms Meghan into a cliché Valley Girl, complimenting Benedict’s authority-denying personality. Rigoberto, part of the ruling ethnic majority, offers curiosity and sympathy to his white escapees. He is eager to learn first-hand about long-lost white history. Together, the underground trio form a comedic and disquieting satire of privilege vs. identity. 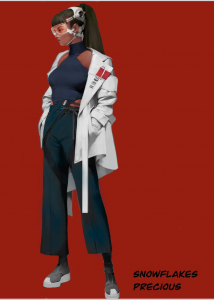 The cast delves deeply into Caucasians’ cringeworthy history and smugness, making us laugh out of self-consciousness, as they tear the veil from assumptions of superiority. Once Meghan and Benedict are comically freed from the museum, we realize the extent of their entitlement. When asked to talk freely about white culture, their dim-witted actions make us wary of their self-awareness. Their naïve behavior leaves us disappointed and alarmed.

Chinn’s white characters openly proclaim their privilege. Benedict asserts: “Where’s your sense of adventure? Come on, even if we get caught, what’s the worst that could happen…community service? Their simple-minded remarks, though laughable at first, prove Caucasians’ incessant desire to remain central. 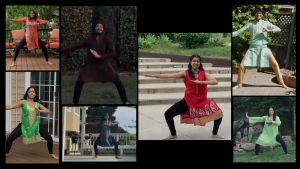 When Meghan is called out for culturally exploitative behavior, she admits, “I don’t need to hide anything, especially not my appearance, because I choose not to see things like race, all I see is people who choose whether or not to live their authentic lives.” “Snowflakes” exposes white “superiority” in achingly plain terms.

Meghan and Benedict’s hair-raising conduct underlines typical Caucasian claims, today. Listening to “Snowflakes,” we note their stubbornness and narcissism. When will the imperialist Caucasians give up their sense of entitlement?

In this time of plague, please ignore the old, orange dude spewing false news and try the thoughtful and hilarious Radio Play from CAL. Chinn and Morita remind us to always use our “privilege” to listen, rather than speak over other cultures. Highly recommended.