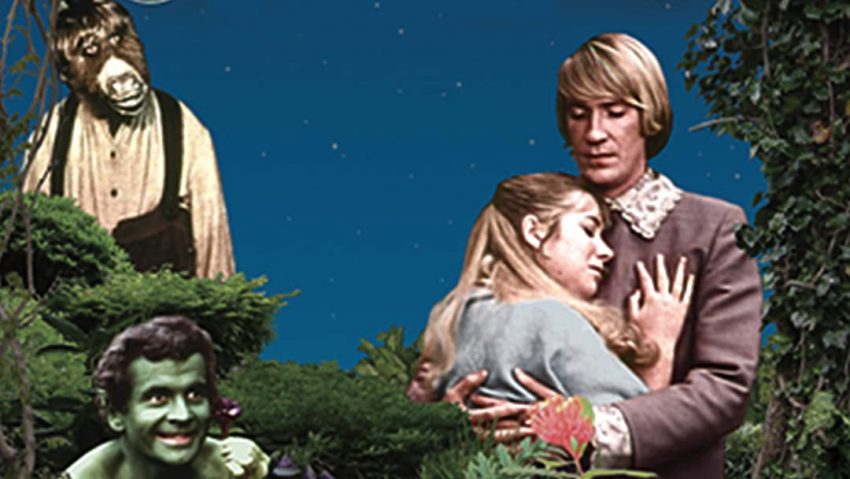 Lots of things pass for entertainment these days. I have dipped low during this COVID era, but I’ve been taking a pass on watching and reviewing streamed live theater. Thankfully, our friends at Cal Shakes have updated “Mystery Science Theater 3000” to “Mystery Shakespeare Theater 1592.” Cal Shakes invited us to watch the Royal Shakespeare Company’s 1968 movie of “A Midsummer Night’s Dream.”

As a woman of a certain age, I was living in Minneapolis, when the TV comedy series “Mystery Science Theater 3000” launched locally in 1988. For those of you not in the know, “MST3K” has a bizarre and completely unique plot: Creator Joel Hodgson stars as Joel Robinson trapped by two mad scientists on the Earth-orbiting “Satellite of Love.”

He is forced to watch cheesy movies while they monitor his reactions with two sentient robot companions—Tom Servo and Crow T. Robot—to keep him company and help him humorously comment on each movie. Joel, Tom, and Crow watch in silhouette from a row of theater seats at the bottom of the screen. The combination of seriously bad movies and ridiculous commentary is hilarious. An instant cult classic. “MST3K” later aired for years on Comedy Central and Netflix. 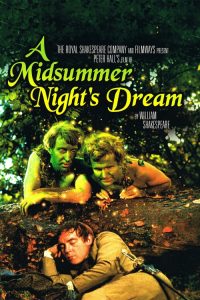 Not sure why the RSC decided to take their “Midsummer” to the big screen, but the late 60s film renaissance likely encouraged the folly. Combining this misguided film with the parody nature of “MST3K” is a spectacular idea. Watching and commenting on how silly everyone looks and acts along with Cal Shakes is a blast.

Packed with the best Shakespearean actors, early in their careers: Judy Dench, Diana Rigg, and Helen Mirren—none looks a day over twenty. Watching them in this terrible movie is absolutely delightful!

Granted they were all young actors, but their dreamy sing-song deliveries seem ridiculous. Best bad performance of all comes from the young Ian Holm as Puck. Giddy and looking twelve, he frolics through cartoon-like sets, completely slathered in green paint. Disgustingly slimy, he looks like a creepy lizard boy with white eyes popping out of his head.

The MysteryShakes group does not reveal which film/play will be zoomed until the event begins, thus the “mystery.” Members and friends of CalShakes join in as panelists to provide comical insights. Better still, we are all invited to comment via Zoom’s chat feature. The idea offers a “fun evening at home, but not alone.”

Watching at my kitchen table with witty comments flying from the Zoom screen produces a festive party atmosphere. We all join into the drinking games and bad jokes, as “Midsummer” unfolds its beauties and bloopers.

“MST1592” offered one of the best Friday nights during the shelter in place. Kudos to Cal Shakes for keeping it real, while delivering top-notch entertainment during dark days.

The Cal Shakes website will announce future watch parties. Who knows how long we’ll be doing this, so let’s join The Bard and our witty actors again, tomorrow: Friday, May 22 @7 PM. Let’s see what movie they choose this time. 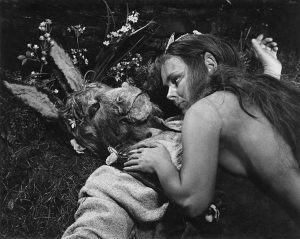