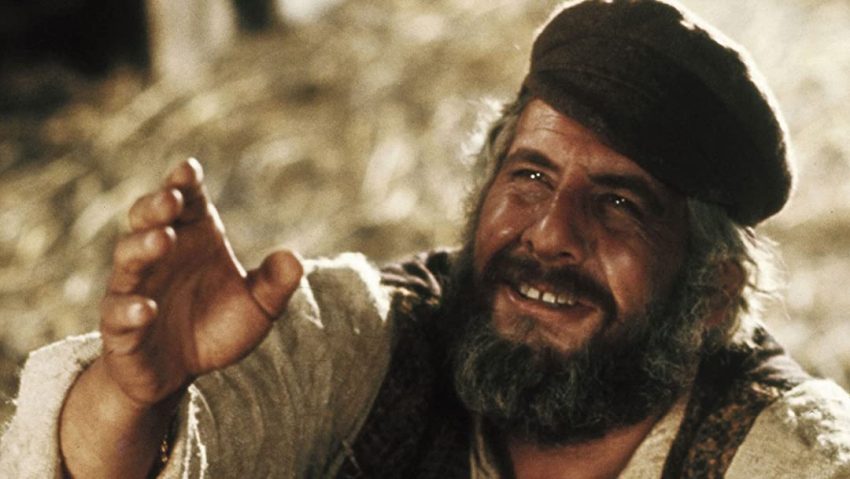 A few days ago, I noticed that Netflix was suggesting the 1971 film of the 1964 musical “Fiddler on the Roof.” In the preview, they showed the popular Chaim Topol playing Tevye, the father. As Topol sang the joyful song, “If I Were a Rich Man,” I felt a wave of unexpected nostalgia wash over me.

I offhandedly mention this to my roommate, Bri, my best friend of nearly ten years, and she tells me she’s never seen it, the play or the movie. “We should watch it together!” she says. An adoptive member of my family, Bri has attended her fair share of Hanukkahs, Passovers and other traditional Jewish fare.

Still, I feel nervous about showing her “Fiddler.” I’m ashamed to admit, but I was worried that Bri, or I would find “Fiddler” cheesy or derivative.

Instead, Bri and I found we were deeply connecting to the story, both of us shocked by the progressive ideas in the nearly 50-year-old film.

“Fiddler on the Roof” centers on Tevye, played exuberantly by Israeli actor Topol, and his three daughters, as each begin to marry. Steeped in Jewish law and tradition, Tevye the milkman lives a poor life in 1904 Russia.

The crucial moment came when Tevye’s eldest daughter Tzeitel tells her father she wants to marry her childhood friend Motel, a poor tailor. Tevye is outraged because he follows the tradition of choosing a husband for his daughters.

But Bri holds her breath while Tevye pauses and considers. I know what Bri is expecting—an old white man in 1900s Russia, in a film from 1971, holds the fate of his daughter in his hands. This cannot possibly go well.

And this is where “Fiddler on the Roof” reveals itself as progressive. Tevye gives his daughter his blessing, with genuine love. If going along with the changing times makes his daughter happier, Tevye figures God won’t mind. “Fiddler” Judaism shows how tradition gives birth to progress.

We have to pause the movie. “Wait, this is what the movie is about? An old man actually learning to appreciate change and not be sexist?” says Bri. She had prepared herself for a decent, but probably outdated, musical about the sad lives of Jews in twentieth century Europe. Joke was on her; we still hadn’t gotten to the end of the movie.

I too had all but forgotten the progressive heart of the play. After being the butt of countless “Fiddler on the Roof” based jokes, shamefully all I remembered of the musical were the moments people patronized and imitated. I had internalized anti-Semitic mockery that I feared the film would affirm.

The struggle between conservative traditions and progressive values permeates Tevye’s everyday life, as it does ours. Every day, we watch dusty old white men cling to sexist and racist values that destroy lives. To watch Tevye begin to grow out of love for his daughters feels just as poignant in 2020 as in 1971. 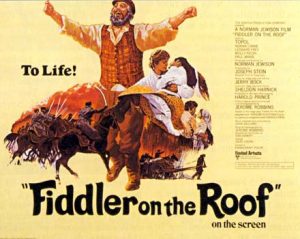 Of course, Tevye can only go so far. His third daughter Chava, spurred on by her sisters’ progressive marriages, asks to marry a Christian boy—a step too far for Tevye. He disowns her for marrying outside the faith and refuses to speak to her.

Surprisingly, Bri defends Tevye—he has spent his life supported by his faith. He can justify progressive changes so long as they are compatible with his views on God. But his experience with his Christian neighbors has been shaped by persecution and intolerance. Is it fair for us to see Chava’s gentile marriage as anything but a betrayal?

After all, if my daughter wanted to marry Mitch McConnell, I’d disown her, too!

Going into “Fiddler on the Roof” with my best friend, I was prepared to find a musical reflecting dated ideas. Instead, I found a musical far ahead of its time, leading me to understand the marriage of tradition and progress.

Fifty years later, “Fiddler on the Roof” is worth revisiting whether you’re returning to an old favorite or looking for new insights. 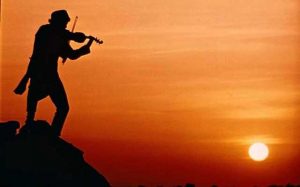