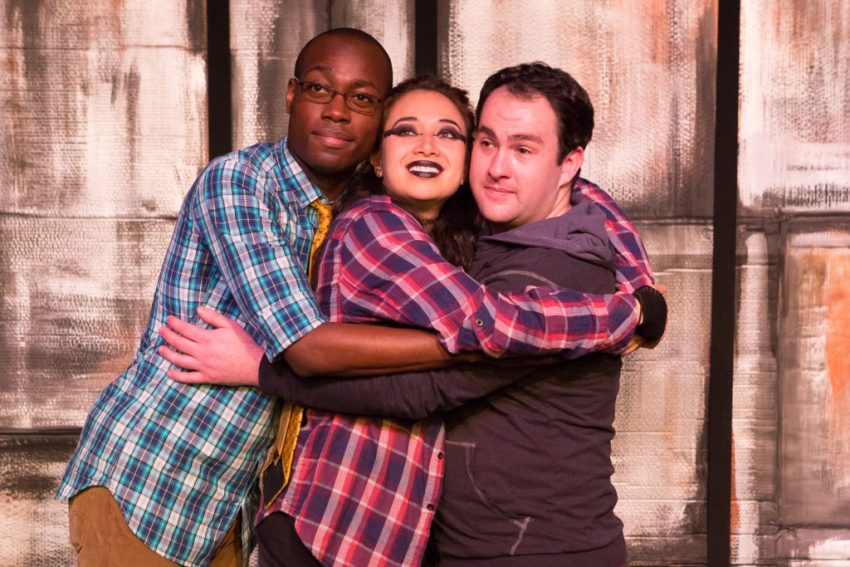 Twenty-three years ago, novelist J.K. Rowling created a magical world of witchcraft and wizardry. We all fell in love with the boy with a lightning bolt scar, Harry Potter, who pursued the greater good—across seven beautifully crafted books.  But what else was going on at that school of “magic and magic” during those seven years?

Playwright Matt Cox’s “Puffs, or Seven Increasingly Eventful Years at a Certain School of Magic and Magic” provides us with a backstage pass to the Hufflepuff house at Hogwarts. We get to peek into the astonishingly mundane lives of those young wizards who are not so concerned with saving the world: The Puffs.

Who are the Puffs? Of the four houses at Hogwarts Magic School, the Puffs comprise the famously neglected home for misfits. Championing a badger as their mascot, the Puffs face danger with the apologetic mantra: “We are not a threat, please be our friend!”

Through 90-minutes of jam-packed prepubescent self-discovery, we learn the Puffs want much more than merely “third place.” They offer warm Puff-hugs, sing proudly in the frog-choir, and form a formidable group of MotherPuffers.

Enter our endearingly flawed hero: Wayne, the wanna-be Wizard from New Mexico (Zac Moon). Clad in a “Teenage Mutant Wizards” T-shirt, Moon waltzes around the stage with endearing clumsiness. Determined to distinguish himself from him fellow Puffs and save the world, he does everything in his power to avoid the shadow of that other boy wizard. But Harry Potter annoyingly pops in to save the day every fifteen minutes or so!

Cunning Megan (biting Julie Ann Earls) completes the Puffs’ trio.  Dressed for a femme-punk concert, Megan wishes she were a Slytherin from the start, angrily rebelling against her “Puffness.” Earls plays the quintessential moody teen, occasionally breaking her tough façade to reveal a soft interior.

As the final battle ensues, our unlikely trio bands unites to “fight evil!” They get tired out and exclaim: “Wow, does Harry really do this all the time?” Megan embraces her inner Puff; Oliver learns how to talk to women (he even gets a girlfriend); and Wayne gets to sacrifice himself for ‘the greater good.’

Parker leaves us in a familiar, brightly lit train station, somewhere between Stations 9 and 10 with a certain Headmaster Dumbledore. Wayne asks, “Did I really spend seven years at wizard school just to find out that love is the greatest magic there is?” To which the answer is an unequivocal “Yassss.”

“Puffs” reminds us that we are all center stage in our stories, no matter how sensational those around us may seem. For Potter-heads and Hufflepuffs alike, Puffs is a witty, magical must-see. 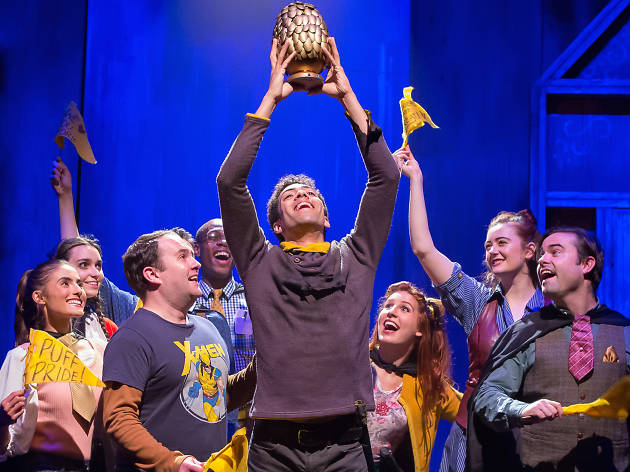