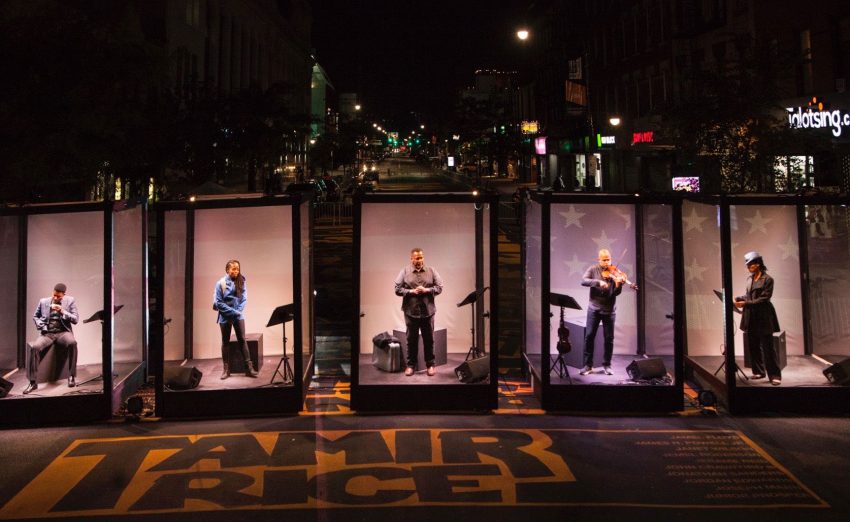 A Brooklyn cityscape overlooks the bright yellow street mural memorializing 159 Black victims of injustice—from Emmett Till to Breonna Taylor.  The vast, bright yellow letters proclaim the names of the dead.

The name “TAMIR RICE” is boldly painted in front of five glass boxes. Tamir, a 12-year old boy, was murdered by Cleveland police in 2014. The Billie Holiday Theater has stories to tell in this stunning Black Lives Matter setting.

Inside the glass boxes, five black actors, three men and two women, wait stoically, to read from True Stories of Being a Black Man in America Today, by Gregory S. Parks & Matthew W. Hughey. Each actor recounts a real-life tale of police brutality and even murder, for imagined offenses by Black Americans. The actors are witnesses, but unable to escape their confinement—much like the victims they describe.

A string quartet plays the final notes of a haunting concerto, by versatile violinist Daniel Bernard Roumain, a gesture to a world that might have been. Suddenly, deafening sirens interrupt the ethereal music, putting us on edge—bringing us back to the world of Black America. 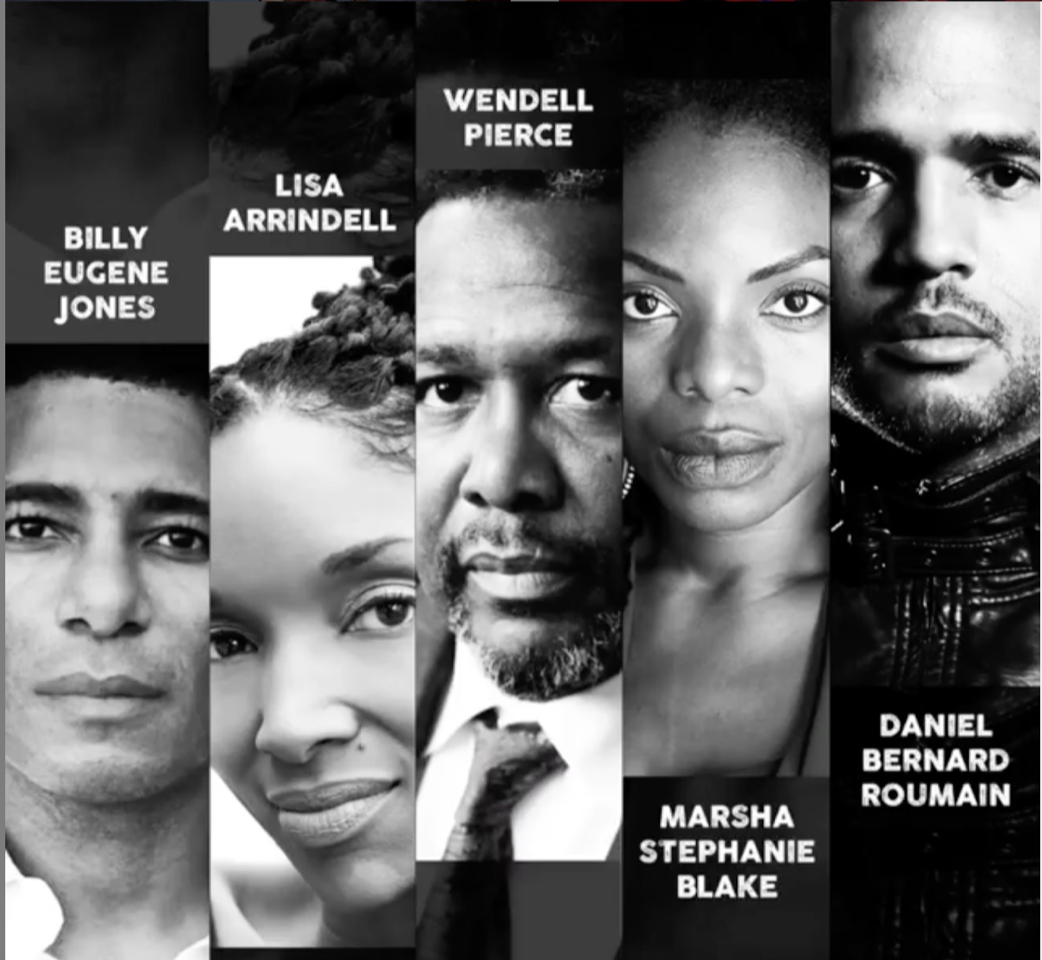 In another glass booth, powerful Billy Eugene Jones reads the story of a young man in Ashville, N.C., who tried to use a gift certificate to enter a local club.  He and his friends are rudely ordered to leave: “We don’t accept coupons here.” When they are forcibly thrown out, two police officers pounce on him.

The man wakes up bloodied and bruised, his pants torn off after being dragged across cement—genitals fully exposed to a crowd of white observers. He is never told why he was beaten. Jones earnestly begs for an explanation, recruiting us as equally infuriated allies.

These officers provide no explanations, citing vague “probable cause,” using intimidation and fear. Police question, beat, search, and seize without a word of warning. One officer justifies his actions, saying: “This is the South, we have different laws down here.”

In a final story, we move from mere disdain to murder. In Louisville, Kentucky, Tamika Palmer (Lisa Arrindell) reminisces about her happy baby girl, Breonna, who “never cried.” Arrindell patiently takes us on the horrific journey of the night of Breonna’s murder.

She cries, “Breonna’s job was to save lives, but hers was lost.” Breonna, just beginning her life, had everything taken from her. Ms. Palmer cannot even get an explanation. It is sickening to watch, and even worse to witness the flow of six months of police misinformation.

These terrifying stories force us to face the reality of life for Black Americans. In one story, Arendell portrays a Black British immigrant who beautifully summarizes racial profiling: “Submission to authority is a quintessential Black American experience.”

Black Americans face terror every day. The Black Lives Matter movement has come together to combat that daily injustice. Now, more than ever, “12 Angry Men…and Women” unites us, helping us raise these outraged voices to a place of power.

“12 Angry Men … and Women: The Weight of the Wait” directed by Dr. Indira Etwaroo, at The Billie Holiday Theater, Brooklyn, New York—Streaming at: BillieHolidayTh.NY