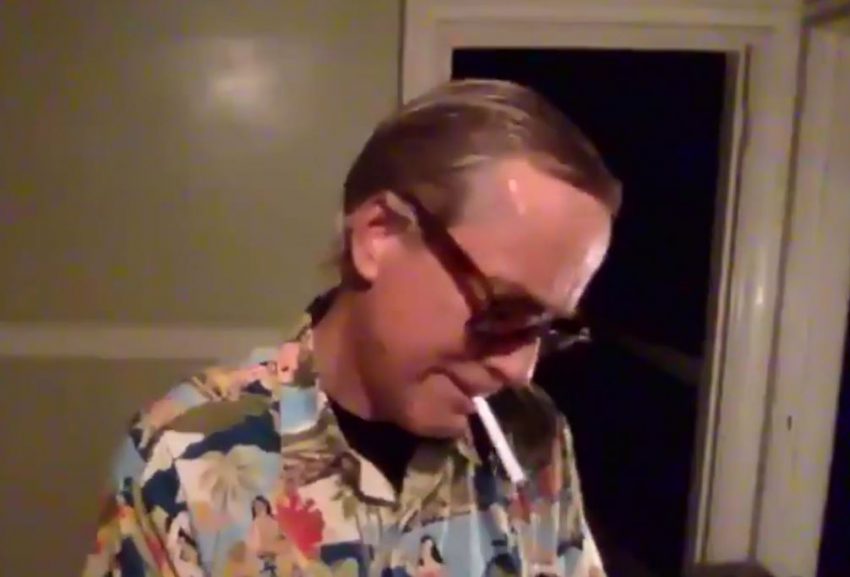 MacPherson gazes down at the two small children in the dirt. Finding bodies usually does not bother him, but sadly these little ones couldn’t even tie their shoes.

From the fertile mind of John Fisher of Theatre Rhinoceros comes “The Big Island,” a true-life murder mystery in a commercialized tropical paradise. The hero gay detective, John MacPherson, is a tough talking Dirty Harry type of cop, but without a gun.

MacPherson, depressed by a troubled past and with little hope for his own future, becomes obsessed with finding the killers of the two children.

In MacPherson’s fleeting and troubled expressions, Fisher pierces the detective’s hardened outer shell, showing us MacPherson is deeply conflicted.  MacPherson flees to Hawaii from San Francisco, attempting to restart his life after a failed relationship with a partner who cannot stand his being a cop. MacPherson hopes Hawaii will be his new beginning.

A call from the mainland shatters his illusions, when he hears that little DeeDee and Wylie Barrow  have gone missing. Their mother’s answers are evasive and unsatisfying. When Mrs. Barrow claims that her brother, Alan, who was babysitting Wylie, did something sexual to  him, she insinuates that Alan killed the children.

MacPherson’s being gay emerges as an important subplot.  As a gay man, MacPherson recognizes the charge of pedophilia as a slander too readily used against gay people. In fact, rather than a gay man being a villain, the gay detective proves to be the hero. Only he pursues  justice for the lost and innocent.

Working without costumes, Fisher’s terrific acting in multiple roles and his rapid-fire delivery make the play lively, witty, and engaging. His use of actual place names on Hawaii brings a sense of reality to the script. Fisher even inserts physical action with two running scenes–no small feat with a fixed camera on a small stage

Fisher plays Mrs. Barrows with a sly evasiveness. He lets us know she is at the center of the mystery. Fisher’s voicing of Mrs. Barrow leaves something to be desired; however, he does a superb job at voicing the other characters. His genius at managing and enacting several story lines continually draws us into the action and we can viscerally feel the tension building.

Although MacPherson is initially hard to like, his relentless pursuit of justice for the children brings our grudging admiration for a man who cares enough to find and expose the truth.

Cast: John Fisher (in many roles).

You can find “The Big Island” and Fisher’s 30+ weekly “Essential Service Projects”
at the theRhino.org—or on his Facebook page.