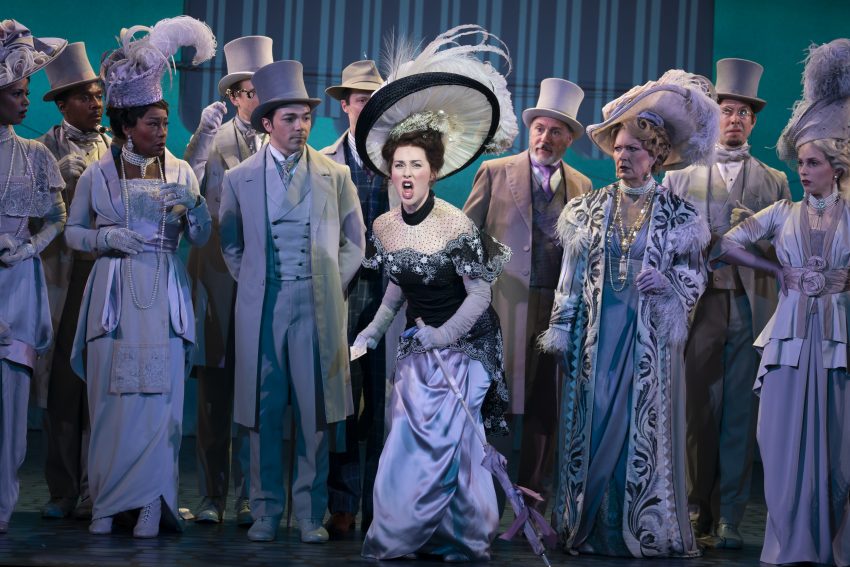 With his award-winning revival of 50s masterpiece “My Fair Lady,” Bartlett Sher has reasserted the secrets of Bernard Shaw’s “Pygmalion” that provide the musical with its story and its script. As a bold feminist and socialist, Shaw focused his comic wit on the clash between rich and poor in 1900s London.

“Pygmalion” puts an independent woman center-stage, so she can overturn the apple cart of a powerful wealthy man.

Eliza evolves from a girl who speaks only with wailing and whimpering into an accomplished “Lady,” after Higgins’ brutal “lessons.” His tactics would be abuse, today, along with his insults and insensitivity.

Higgins makes us cringe at his heavy-handed lessons as Eliza practices her long ‘A’s in “The rain in Spain falls mainly on the plain.”

When Higgins mansplains with witty songs, “Why Can’t the English?” and “I’m an Ordinary Man,” we grasp his outdated self-regard. We take him with a big dollop of irony, as Eliza replies with “Just you wait, Henry Higgins!”

Higgins is driven mad by the righteous rebellion of an empowered woman. Director Sher combines Shaw’s belief in economic fairness with women’s rights.

Eliza triumphs again with the stunning “Ascot Gavotte” when the English upper crust gathers at the races. While lords and ladies line up across the stage, elegant in pearl grey, they softly intone the thrumming beat of the horse race. Aloof and bored, they are startled when the lowly “squashed cabbage leaf” Eliza Doolittle cries out: “Move your bloody arse!”  Eliza’s yawp brings life to the dead.

The beautiful sets—the flower-girl at Covent Garden Opera and the turntable with lavish rooms at Higgins’ Victorian mansion—make a sharp, convincing contrast between rich and poor.

Even Higgins’ mother (convincing Leslie Alexander) quickly sees Eliza’s superiority. She delights in giving her snobbish son his comeuppance. And Eliza’s father Alfred P. Doolittle (bouncy Adam Grupper) makes poverty an art form. His “Get Me to the Church on Time” ridicules the façade of so-called “middle class morality.”

With her operatic soprano, Ahmed carries the day—starting with the sympathetic “Wouldn’t It Be Loverly?” as she builds a better future. In the titanic struggle between greed and deprivation, Eliza triumphs. When Eliza comes down the stairs at the Embassy Ball in her white beaded gown, she crosses the class barrier, gracefully.

When Freddie Eynsford-Hill (splendid Sam Simhak) trills “On the street where you live,” Lerner and Loewe weave potent romance into the score, even though Freddie barely knows Eliza. But he is willing to follow her wherever she leads.

Eliza demands the basics: All I want is a room somewhere / Far away from the cold night air / With one enormous chair, / Oh, wouldn’t it be loverly?” Sher’s stylish, moving musical restores Shaw’s clear call for equity and fairness. This fair lady is a delight.