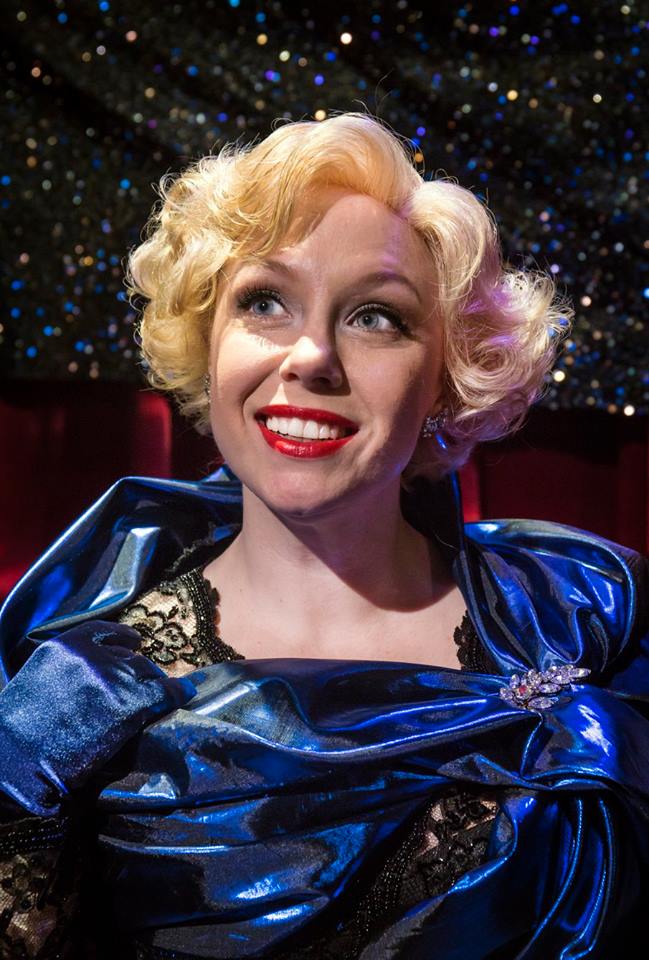 Rosemary Clooney charted four Number One hits in the 50s, including “Come On-A My House, “If I Knew You Were Comin’ I’d’ve Baked a Cake,” and “Mambo Italiano. She became “America’s Sweetheart” producing famous hit records for over five decades. But behind the scenes and one time onstage, she experienced terrible breakdowns. Now, at Altarena Playhouse, the vivacious Kim Long brings Rosemary Clooney to life, again, in the musical by Janet Yates Vogt and Mark Friedman. The play opens with her infamous incident on Harold’s Reno stage in 1968​,​ which leads ​ to her hospitalization. When ​ Dr. Victor Monke asks what happened, she quips, “It wasn’t my best day.” In “Tenderly,” the Doctor probes for the suffering behind her suffering, and​ Clooney recounts her life through story and song. Clooney ​​fans will enjoy this trip through time, both musically and dramatically, as we trace the curve of her life from dizzying highs to traumatic lows. Clooney, brilliantly portrayed by Long, first appears on a nightclub stage with few props, backed by the singing and versatile acting of the talented Dan Kapler, playing Doctor Monke. Kapler plays multiple roles, male and female, ​​including Frank Sinatra,​ Bing Crosby, and her sister Betty.

Despite her many successes over the five decades from 1946 to 2001, Clooney had a hard life. She and her sister Betty are abandoned first by her father and then by her mother when she remarries. Rosemary and Betty are forced to move from home to home, living in extreme poverty, finding  ways to survive. She is always reminded of what her mother said, when she left: “You’re the oldest, you’ll manage​.​” Clooney uses that mantra to sustain herself–namely, by pleasing others. In interviews with her psychiatrist, Clooney sings her famous hits, recalling sweet memories. From Clooney’s duet with Bing Crosby in the movie White Christmas to her imitation Italian song “Mambo Italiano,” Kim Long charms us with her powerful and expressive voice. And she reveals the details of Clooney’s lifelong battle with manic depression.

Kim Long shines, singing classic Clooney–not by imitation, but by basking in her aura. Amidst a dizzying array of costume changes, Long does great justice to Clooney’s hits. Her Clooney engages the audience with bittersweet details from the life: her failed marriages to Jose Ferrer and her shock at the assassination of her good friend Bobby Kennedy. When she talks about Clooney’s life, her troubled marriage, and her mental illness, Long does an superb job of conveying the singer’s brutal honesty.

When she begins her comeback on the Merv Griffin show, Clooney brings mental illness into the public limelight, for a first time.  She talks openly about her illness, offering hope to thousands similarly afflicted. On opening night, ​ ​the audience leapt to its feet, in a spontaneous standing ovation for Long and co-star Kapler. All through the show, many folks were tapping along with Clooney’s songs. Everyone joined in to sing her final song “This Old House,” swept up in the enthusiasm generated by the stars. If you want an evening of great entertainment and rare insight ​ into the life of “America’s Sweetheart,” ​don’t miss “Tenderly”—an outstanding show!