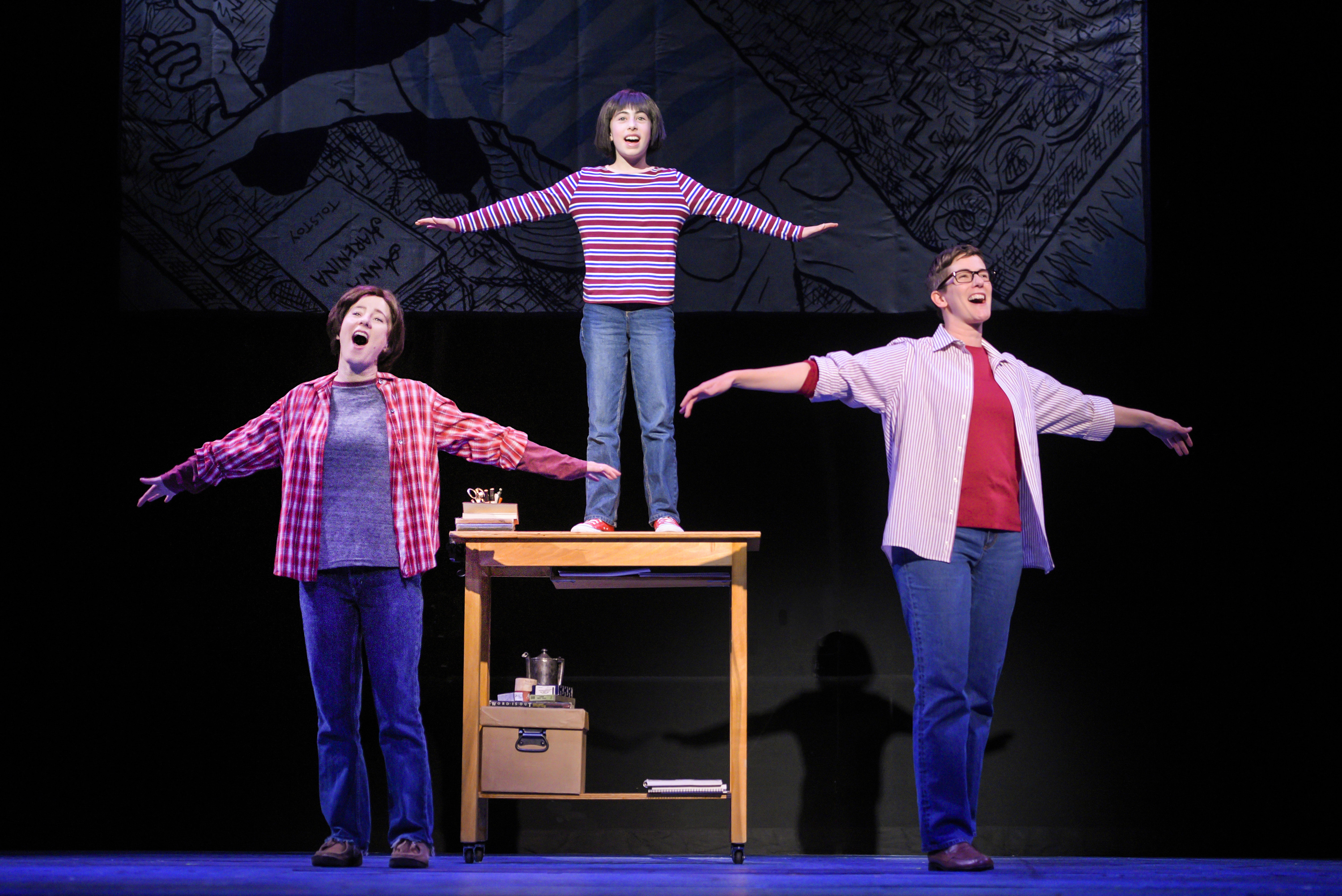 “Fun Home” opens on a solitary artist’s drawing board in a vast, dark space.  Graphic novelist Alison Bechdel casually strolls in and begins to reminisce about her troubled childhood in a funeral home. Winner of five Tony Awards, including Best Musical, “Fun Home” brilliantly depicts Alison’s awakening lesbian sexuality, her father’s suicide, and the effects on her family.

All three Alisons brilliantly act and sing about growing up with her tortured, closeted father Bruce (captivating James Lloyd Reynolds). Dad remodels and fussily redecorates their “perfect,” antique Victorian house. Bruce also gets his daughter to help with autopsies as a part of the family business—really a FUN-eral home.

The innocence in the song “Come to The Fun Home” leaves us laughing, as Alison and her trouble-making brothers Christian (phenomenal Jack Barrett) and John (adorable Oliver Copaken Yellin) make funereal fun of the family business.  They create a fantasy commercial with the kids jumping out of caskets and dancing over wreaths of flowers. It’s dark humor at its best, with top-notch singing and dancing—best I’ve ever seen.

Yet, we are constantly reminded of Bruce’s unhappiness, which seeps out and becomes Alison’s trauma.  We see Bruce’s cringe-worthy attempts at seducing young men. His wife Helen (amazing Crissy Guerrero) sings about meeting Bruce’s past lovers and protecting him from mean small town gossip. But Bruce throws fits of anger at his wife Helen, evoking poignant, enlightening moments.

“Fun Home  gives us a taste of a closeted gay father’s life, and insight into the power of love. Truly, a special musical—with zippy tunes—to see more than once.