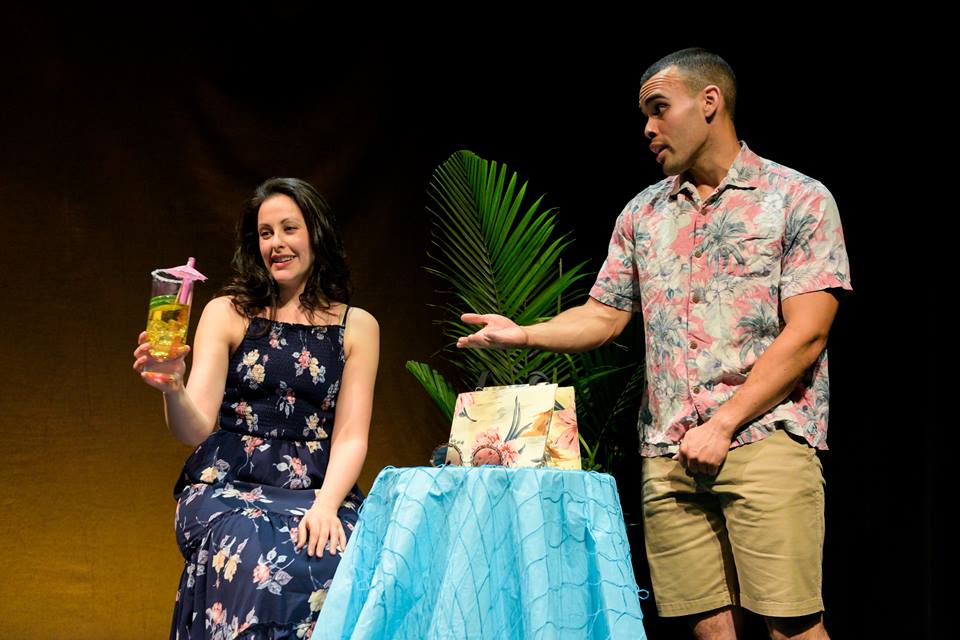 When all the theaters go dark on Monday nights, the best playwrights, actors, and directors magically appear in six ten-minute plays. The sorcerer is Jim Kleinmann, Artistic Director of PlayGround, who has personally staged more than 150 original short works in 25 seasons.  It’s a secret writer’s paradise—a once a month event at Berkeley Rep.

PlayGround continues the 25th season of its celebrated Monday Night PlayGround staged reading series on Monday, November 26. The topic for November’s round is “FALL DOWN, GET UP.”

First Kleinmann assigns Bay Area playwrights the theme and gives them four and a half days to generate ten minute scripts. Then six scripts are matched with directors and actors who rehearse them for just an hour and half. Those six ten-minute works hit the stage every third Monday of the month–a daring formula engendering fun and surprises.

“Who’s Afraid of Liberal Fragility?” or, as Edward Albee’s Martha answers, “I am, George, I am!” This very funny play mixes sexual partners and sexual acts, tapping into our deep fears of hurting people or being labeled a monster.

“Well Actually” by Sam Hurwitt takes place in the court of a self-conscious Alexander the Great, played for big laughs by Patrick Kelly Jones. Kathleen Riddley plays an independent Theban woman who stands up to the buffoonish emperor. As bold Timoclea says, “I am great because I am great in myself,” proving herself wiser than the silly emperor. Directed by Melissa Wonlass, the woman asserts herself.

In another expression of justice, Rob Dario’s ten minute “Anisotrophy” directed by Brittany Frazier, shows a young man (George Coker) who wanders into an thrift store and finds a treasure. When he points out the hidden treasure to Mac (Khary L. Moye), the thoughtful clerk stays cool. Mac violates the basic rules of capitalism: Buy low, sell high. Moye’s salesman surprises us with sincerity.

In “A Feminist Revisionist History of Rosemary’s Baby,” director Jeffrey Lo depicts a woman trying to assert herself against a narcissistic husband. When she decides to run off with Satan, love takes a hellish turn. Writer Lauren Gorski take fresh look at alternative justice for women.

In “Say Something” by Karen T. Hartline, directed by Jennifer King, two couples go back to White Haven High to see their self-involved drama teacher, Mr. Heller (Brian Levi). But Jamil (DameionBrown) is looking for his former classmate Sarah (Lisa Morse) at the reunion. And she is looking for him, too. Nostalgia and high school memories combine to expose a sketchy, careerist high school teacher.

“The Most Just” by Alanna McFall, directed by Rondrell McCormick, exploits a Monte Python version of medieval chivalry. Smug King Rothrick (Michael Gaffney) is defending his crown, ridiculously, against Sir Calder (Joseph Patrick O’Malley). McFall ridicules war by simply declaring victory. Each silly, Pythonesque person thinks he or she is “The Most Just.”

I’ll be there for six more brand new mini-plays on Monday, November 26, for more fun—to see how artists FALL DOWN, GET UP. I’m looking forward to six more hot, new plays. Play it again, Jim.