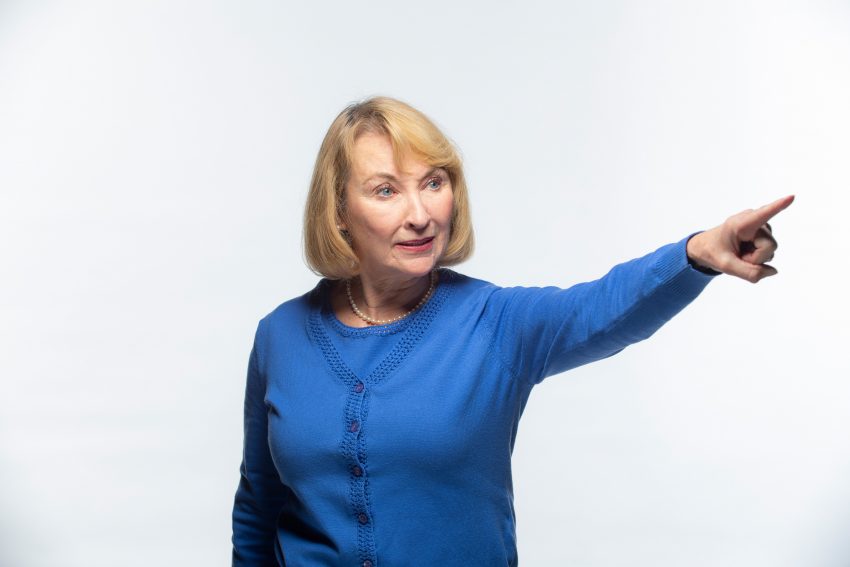 At The Marsh, Sylvia Plath has a chance to speak again, posing challenging questions. What we gain is an engrossing meditation on suicide and depression, through the sardonic lens of one of the greatest poets of the twentieth century.

Toward the end of “Who Killed Sylvia Plath,” the poet, herself, laments, “We don’t get to choose how we are remembered.” Playwright Lynne Kaufman has provided that opportunity in her witty dive into Sylvia Plath’s psyche and her suicide.

Bay Area actor Lorri Holt brings a fiery poise to Sylvia Plath. As Plath, Holt gracefully combines the eager naivete of a young woman who never made it past her thirties, with the wisdom of hindsight gained with age. Holt’s eyes flash brightly with youth when she recounts Plath’s racy affairs, then moves quickly to soft sorrow with rare talent.

Fittingly, Taylor Swift’s blazing fem-rage anthem “Look What You Made Me Do” opens the show. The ghost of Sylvia Plath returns to her burial site, following the fourth replacement of her headstone. Her grave is targeted by feminists who scratch the name “Hughes” from the headstone. Many people consider Plath’s ex-husband, poet Ted Hughes, the cause of her infamous suicide-by-oven at age 31.

But playwright Kaufman is not satisfied with that simple answer. The returned Sylvia Plath speaks to us, posing three questions about her suicide: Why did I do it? Would I do it again? And—only semi-ironically—Was it a good career move?

Kaufman wisely devotes the most time to the question of “Why?” She gives Plath an excuse to re-examine her life in detail, recalling the feelings in Plath’s autobiographical novel The Bell Jar. Suicide, a painful subject to tread, resists empathy; so Kaufman takes her time, letting us fall in love with Lorri Holt’s fierce poet before tragedy and depression consume her.

Plath describes her struggle with depression in heartbreaking detail: “an origin story for pain itself.” Holt is captivating in these moments, taking single lines and elevating them to poetry on a par with Plath’s.

As for “Would I do it again?” and “Was it a good career move?”—things get murky. Kaufman’s Plath makes a grand point about the “industry” of killing Sylvia Plath, commenting how people profit by recreating and obsessing over her death.

She targets the film Sylvia, with Gwyneth Paltrow, denouncing its watered-down version of her suicide. Speaking posthumously, Plath argues that her suicide adds literary and real value to her works—as a recent auction has proven.

In the packed theater, full of Plath devotees, I wait for a moment of self-awareness from the Plath ghost. Kaufman’s carefully constructed play touches us , but it certainly participates in the thriving industry of killing Sylvia Plath.

“Do you have to be depressed to go deep or does going deep make you depressed?” asks Sylvia. Kaufman sometimes struggles to escape that vicious circle, but she finds a way to triumph.