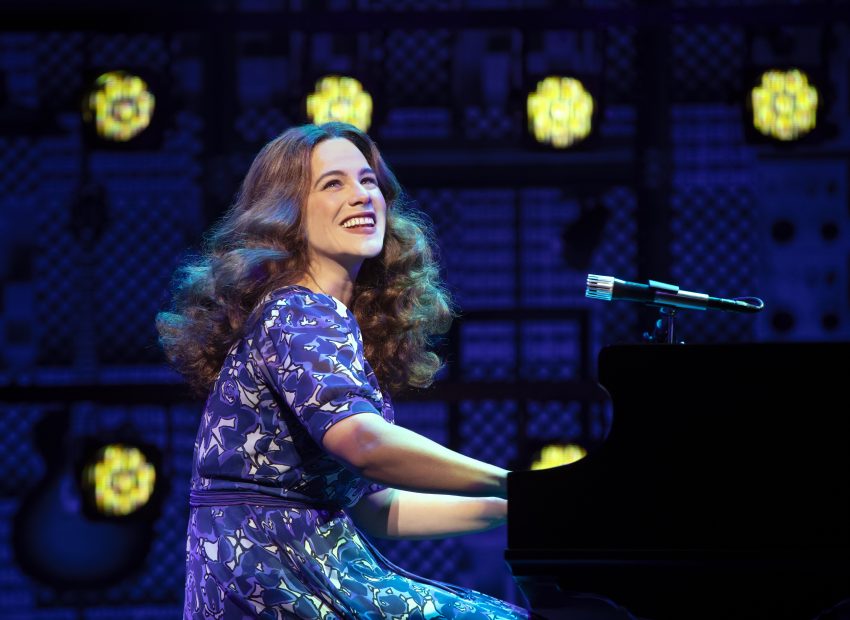 Sarah Bockel as King Is ‘Some Kind of Wonderful’

Theatergoers feel “the earth move under our feet” this week, with an upheaval of musical genius in “Beautiful: The Carole King Musical” at SHN Golden Gate Theatre. Carol King’s story draws crowds, like bees to honey, even after three tours here. It’s an enduring story with timeless music and astounding performances.

A single spotlight shines on the grand piano, set against geometric patterns, illuminated by blue and gold-toned lights. We are transported to Carnegie Hall, where music legend Carole King, will sing from her solo album, “Tapestry,” in June 1971. Sarah Bockel plays King with an angelic likeness and perfect harmonies.

Bockel enters with long wavy hair, an infectious smile, with warmth and emotion, as she sings “So Far Away.” Mesmerizing Bockel plays King convincingly from her teens to Carnegie Hall—her first concert before a live audience.

Thirteen years before, precocious Brooklynite Carole Klein, graduated early from high school and sold her first song at age 16. She met Gerry Goffin (dynamic Dylan S. Wallach) at college. Before she’s 20, King is married, has a child and is cranking out hit after hit. King/Goffin make a prolific song-creating duo. 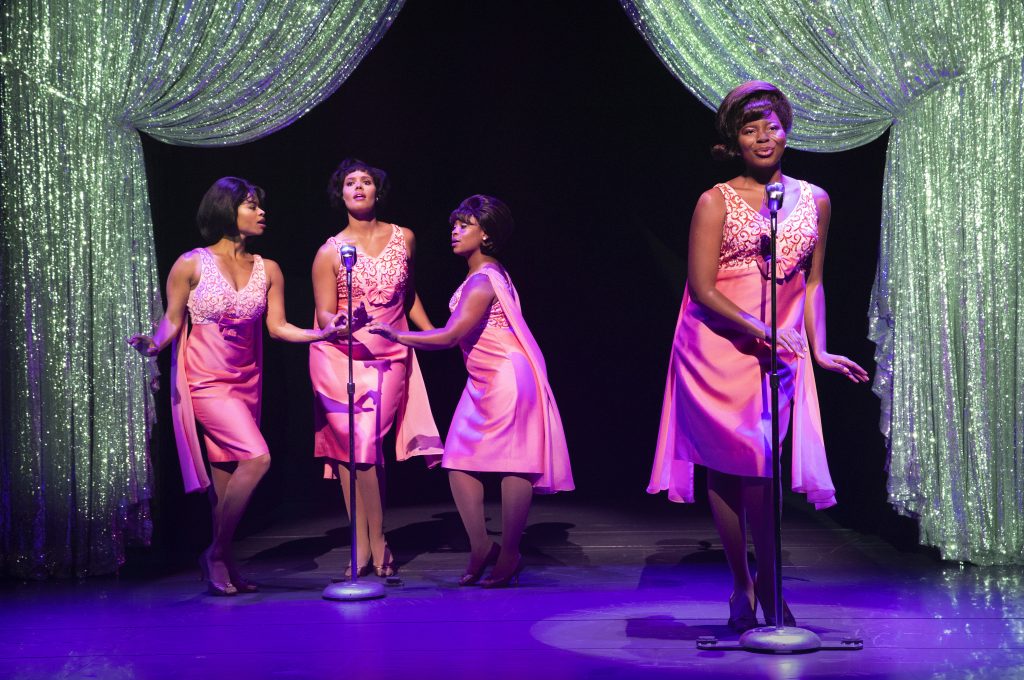 “Beautiful” vividly documents how women’s roles have evolved at work and home. King’s early traditional marriage to Goffin (marriage and children) contrasts with Weil’s “partnership” with Mann, even though they too are in love. We see how women’s professional roles have changed over the decades. 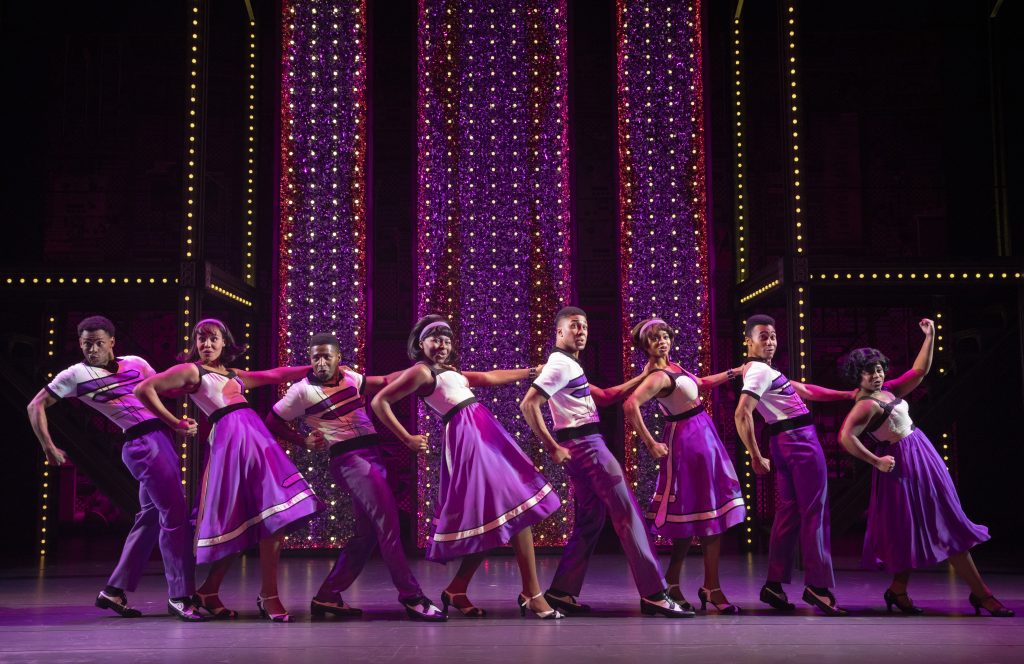 King/Goffin write “Some Kind of Wonderful,” sung by The Drifters; then “Will You Love Me Tomorrow?” the first big hit for a female group, The Shirelles. I was surprised to learn they wrote “The Locomotion,” sung by Little Eva, starting a dance craze.

Not to be outdone, song-writing duo Weil/Mann deliver “On Broadway,” “You’ve Lost That Loving Feeling,” and “Happy Days Are Here Again.” The lively ensemble has us singing and dancing in our seats.

Act One ends with Bockel’s heart-wrenching rendition of “One Fine Day (…you’ll want me for your girl),” as King admits that her marriage to troubled, philandering Goffin is over. 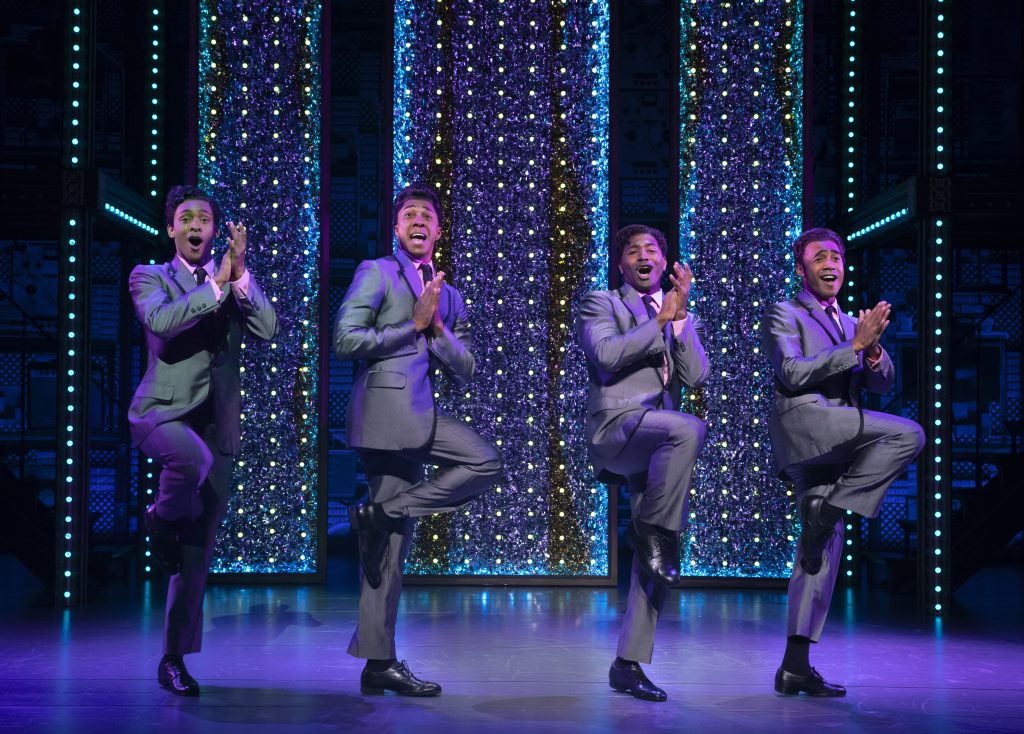 In the inspiring second act, we’re moved when she bids farewell to colleagues Weil, Mann, and Kirshner with “You’ve Got a Friend,” before packing up her two daughters to move to California. King’s resilience and unique talent guide her to legendary success as a famed solo performer.

More than just a concert, “Beautiful” gives us an emotional American story, a snapshot of a superbly talented performer, and insight into the amazing people around her. When you see “Beautiful,” the earth truly does move.