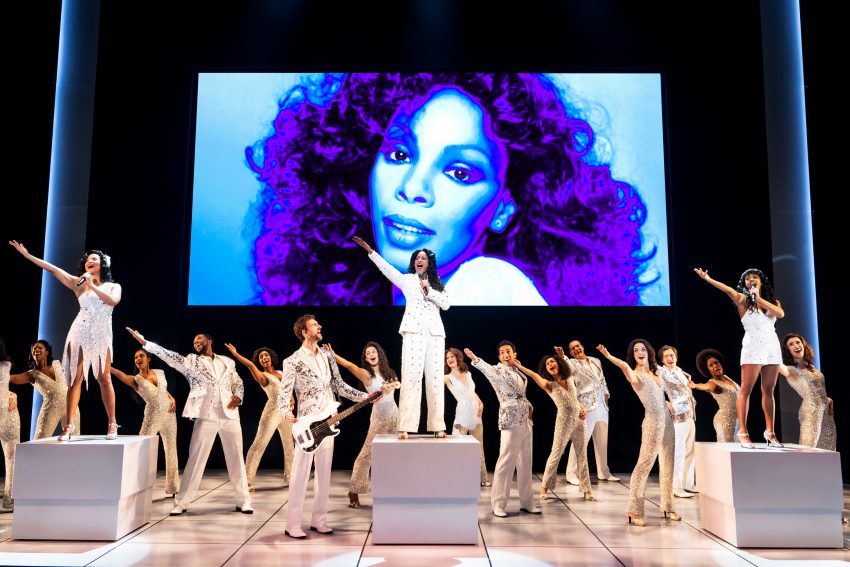 For me, and many other single working women in the 80s, Donna Summer’s smash 1983 disco hit “She Works Hard for the Money” struck a chord. Summer wrote that song out of anger and frustration, after learning that men at the record company bilked her for millions of dollars.

Summer’s life-stories-in-song serve as anthems for working girls and night-clubbing fans of the disco beat. Her music helped us dance with abandon on weekends. Back then, “work-life balance” was only a dream.

As the undisputed “Queen of Disco,” Summer shines as singer, songwriter, and pop star. During her 40-year career, she earns five Grammys for 42 hit singles. She appeals to diverse audiences worldwide—with a willingness to dance. “The Donna Summer Musical” covers 23 songs and lots of wonderful memories.

Writers Colman Domingo, Robert Cary, and Des McAnuff (who also directs), struggle to deliver a fluid story line punctuated by musical numbers. They often cut short a memorable song to insert comments on family, drug abuse or pay inequity. Social justice issues loom large in Summer’s story, but they are occasionally dismissed by offhand comments. If Donna were here today, she would improve the story. 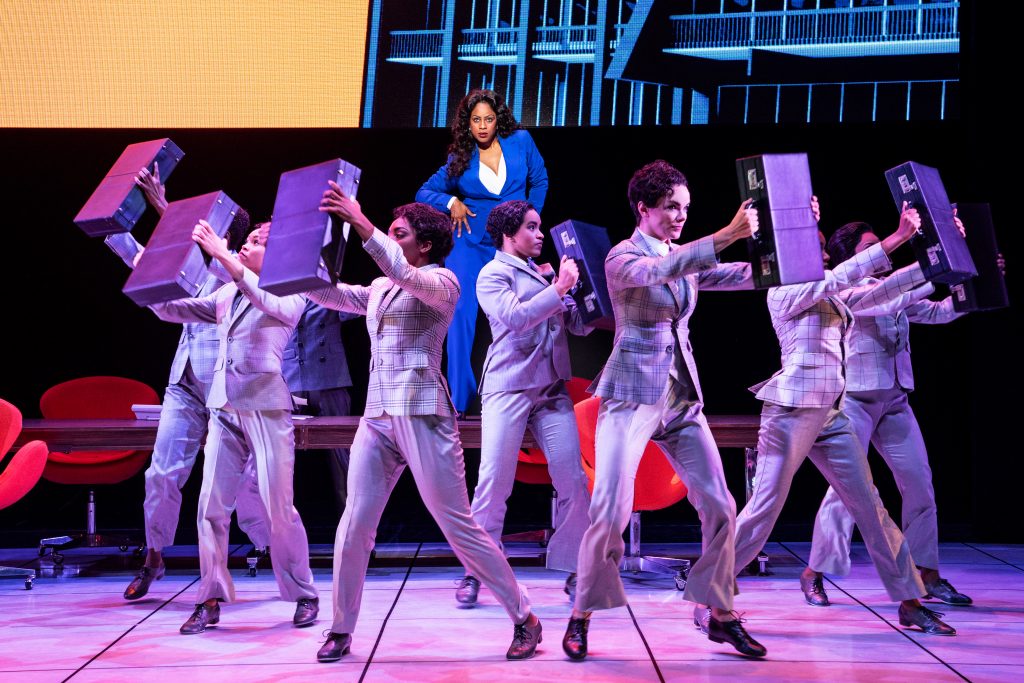 Video projections by Sean Nieuwenhuis light up the stage with bright, squares of red, blue, and yellow pulsating to the disco beat. “Summer” displays photos of the musicians— synthesizers and all—in a sweet bow to the six talented music makers hidden under the stage.

Diva Donna exudes magnificent confidence as the 50-year international star doing her “Concert of a Lifetime.” Williamson opens and closes in royal Diva fashion—in sequined outfits and big hair—thrilling us with her powerhouse voice.

Pre-teen Duckling Donna (sweet De’Ja Simone) shares extraordinary vocals in “On My Honor,” backed by a full gospel choir. We’re horrified to learn she faced sexual abuse in her own church, giving us the chill of truth. Summer begins her inspiring triumphs over adversity.

Disco Donna launches us on her meteoric rise. Hairston is vibrant, sexy and exceptional, transforming raw talent into major stardom.  Summer gets her first job at 17, in the German tour of “Hair,” where she meets producer-songwriters Giorgio Moroder and Pete Bellotte. Together, they release hit after hit, including Summer’s first American chart-topper “Love to Love You Baby.” Two years later, “I Feel Love” starts the electronic dance music craze.

Choreographer Sergio Trujillo’s dances echo the 80s and keep us tapping our feet. Paul Tazewell’s glitzy, glamorous costumes offer an abundance of “royal blue”—after all Donna is the Queen!

In the show-stopping ending, all three Donnas strut to “Hot Stuff,” bringing down the house with “Last Dance.”  Dressed in pure white studded with rhinestones, the three Donnas are glorious angels.  We leap to our feet, dancing and singing—the balcony audience perilously close to the railing!

To brighten your winter evening, go see “Summer.” The music the costumes, the dances are exhilarating. “Summer” offers renewed appreciation for a groundbreaking, working woman, who blazed the trail for many diverse, future divas.