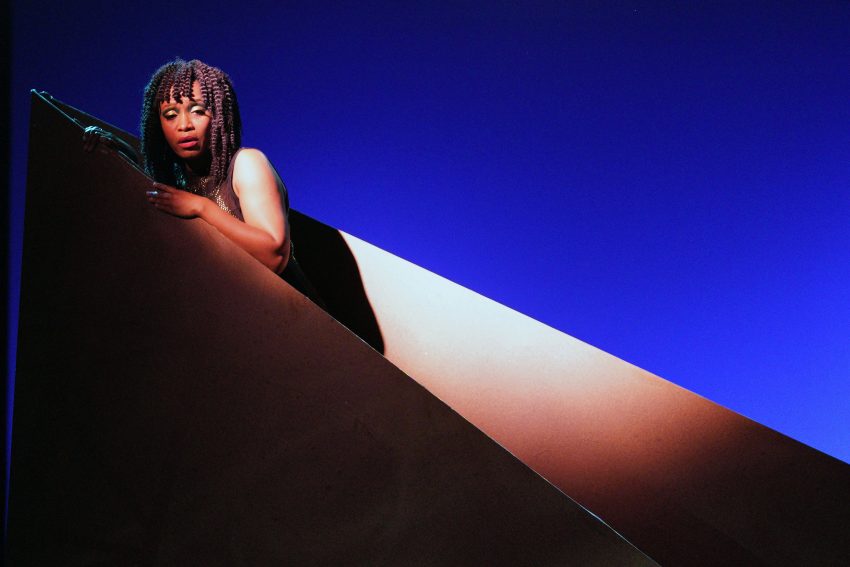 West Edge Opera’s production of Julius Caesar serves as a pleasant reminder that small stage opera is far from dead. A small but excellent pit orchestra, conducted by Christine Brandes, delivers a series of gorgeous accompaniments for an assortment of talented vocalists.

As Ptolemy’s henchman Achilla, Michael Parham delivers a stunning interpretation of the role. In the libretto, Achilla stands largely in the shadow of larger characters. But Parham steals the show with breathtaking emotional arias. Although Achilla begins as a minor antagonist, Parham delivers song after song, longing for an unrequited love. The traditional unnamed henchman becomes visibly human, thanks to Parham’s extraordinary range.

As Sesto, brilliant and elegant Sarah Coit earns audacious applause for her duet with Cornelia (powerful Katherine Pracht), as they sing the impressive “Son nata a lagrimar” (I was born to weep). Deeply woeful orchestral accompaniment intertwines with Coit and Pracht’s pristine and mournful voices, in a piece synonymous with grief.

At center stage stands a large, pyramid-shaped staircase used for a series of grandiose entrances, remaining there for the entirety of the performance. While I was initially unsure of its purpose, the staircase earns its welcome as Cleopatra enters, descending the steps mid-song.

Julius Caesar (jolting countertenor Aryeh Nussbaum Cohen) and Cleopatra (beautifully controlled soprano Shawnette Sulker) display a sensual intimacy throughout their charming but humorous love affair. While Cohen’s Caesar lacks the commanding stage presence that I’ve come to expect from Shakespeare’s Julius Caesar, he offers us a glimpse of the conqueror’s softer side. Cohen challenges our perspective on what makes a compelling Caesar.

As Cleopatra, Sulker plays a clever and confident politician, and she offers a stunning vocal performance.  Sulker simultaneously embodies power and wit, emblematic of The Queen of the Nile.

Modernizing Handel’s opera with present day props and costumes seems unnecessary in this production. We see scenes displaying a laptop, an iPhone, a gun, and the real time pouring of five mimosas. The costuming follows the same trend, including jeans and Adidas branded sneakers. Although it’s an amusing quirk of the show, I find it distracting. I don’t feel as if there’s anything to be gained from “Americanizing” this Julius Caesar.

Despite my distaste for modernization, I thoroughly enjoyed director Mark Streshinky’s revival of Handel’s opera. The music is beyond excellent, and I encourage everyone to partake of this stunning musical banquet.