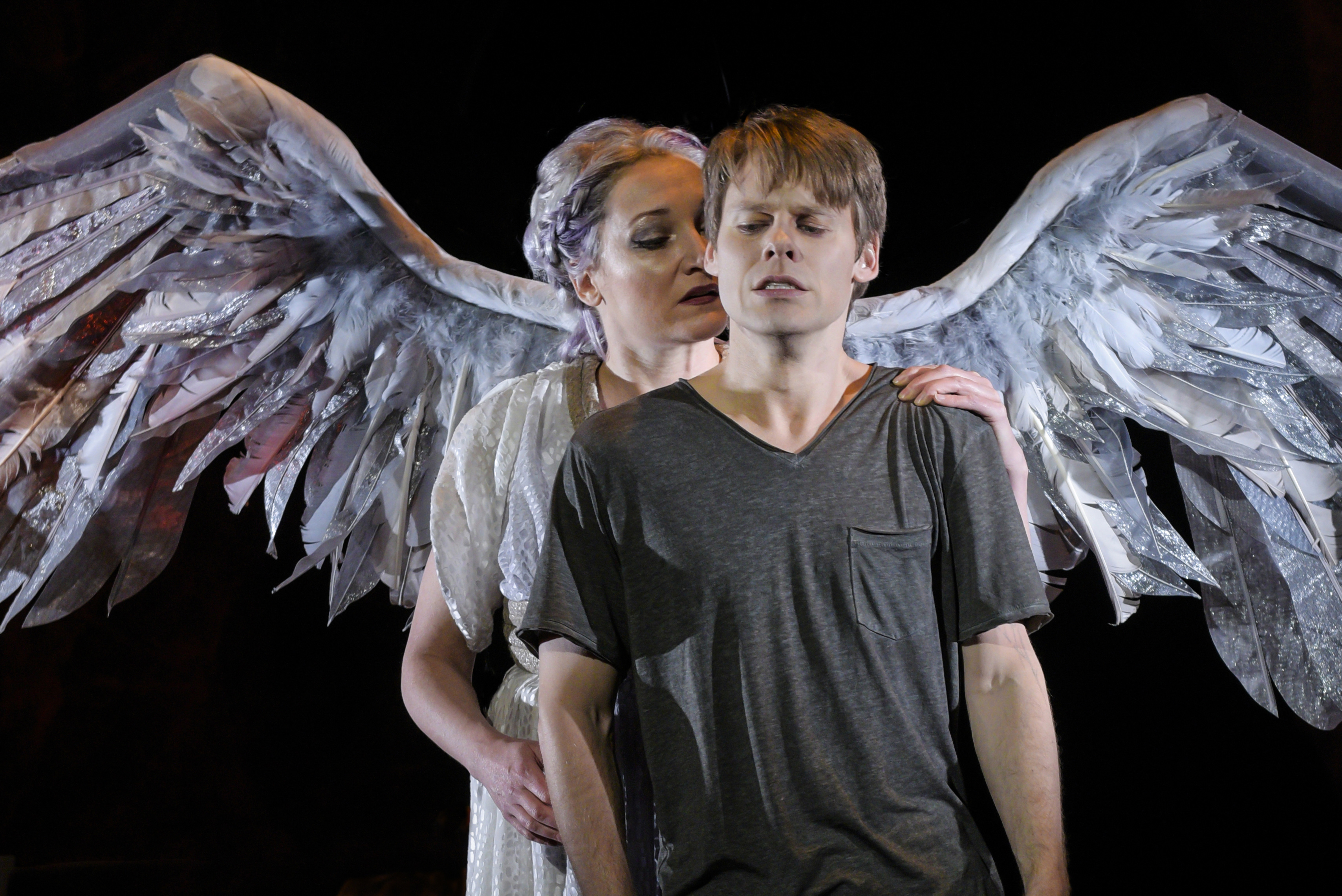 Tony Kushner Wants Us to See the Wires—Why?

Angels in America: A Gay Fantasia on National Themes

At the end of Tony Taccone’s production of Part One: “Millennium Approaches,” The Angel (Francesca Faridany) appears for the first time, a glorious creature of gowns and wings hovering high above the sick and bedridden Prior Walter (Randy Harrison).

A brief glance shows that she is suspended on two wires attached to a harness hidden by her clothes. It is a lovely vaudevillian moment, frank in its theatricality. In the introductory notes to the paperback edition of Part Two: “Perestroika,” Kushner voices his approval: “The moments of magic … are to be fully realized, as bits of wonderful theatrical illusion—which means it’s OK if the wires show, and maybe it’s good that they do…”

It is good. But why? What’s good about it? “Millennium Approaches” tells us that yes, this is a woman dressed as an angel, and yes, she cannot fly—but you are watching a play, what did you expect?

In a play replete with the sublime, with ecstasy and despair, the wires are, paradoxically, a grounding influence. The Angel flies down from high up, over the spectacular monumental, marble set into Prior Walter’s bedroom. There’s something about an actor arriving in the air, always a little perilous, that makes you look for the apparatus. The machine that is making this strange thing possible.

The wondering takes us out of the scene for a minute, as we  try to figure it out. Seeing the wires, we are comforted. There has been no sleight of hand. This magic is all real theater magic. And we can safely return to enjoying  the play, and The Angel. We can suspend our disbelief once more.

Also see: “Angels in America–More Powerful & Prophetic than Ever”