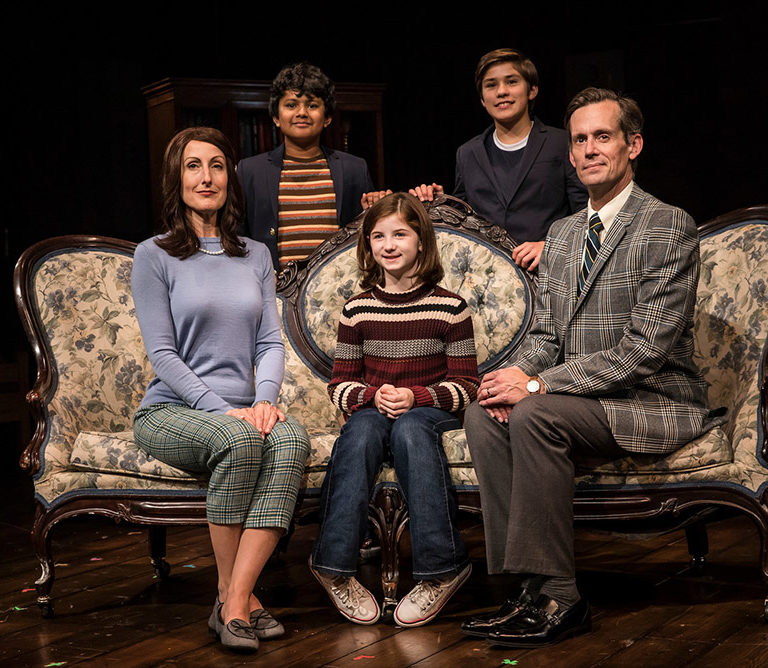 The hardest part of watching Alison Bechdel, Lisa Kron, and Jeanine Tesori’s Tony award winning “Fun Home” for me was the brief moment I began to think, “Wow, things have gotten so much better for the queer community.” But then I recall the President, the Pulse massacre in Orlando, and the countless friends I’ve seen struggle to come out.

I told my mom I was queer at a drag show in San Francisco. A little on the nose, yes. But all things considered, it went fine. I’m incredibly lucky in that regard. But it doesn’t erase the inescapable pressures and fears that led up that moment and continue our whole lives.

Progressives may think that Pride festivals sponsored by Amazon mean kids aren’t bullied and called “fag,” anymore. Or, that queer teens are no longer forced into homelessness by homophobic parents. Maybe they think racism ended with Martin Luther King, Jr. Many are comfortable overlooking decades of socially enforced fear and disgust toward gays and lesbians. That cannot be banished by a Supreme Court ruling.

In the present, wry and engrossing Alison (fantastic Danni Smith) recounts the sexual struggles and suicide of her father, Bruce Bechdel. Her father works as an English teacher and a Funeral Director—an odd combo—and makes their fussy antique-filled home anything but “Fun.” Bruce (sympathetic Rob Lindley) withers away in the closet, hiding beneath a cold, obsessive veneer.

And here, theater does what theater does best—onstage Bechdel processes personal tragedy, with telescopic, time-travelling innovation, offering us insights into ourselves. Rather than a musical about daughter and father in the closet, or queer life in the 80s period-piece, “Fun Home” invites us to confront today’s queer political struggles.

I grew up in a progressive Jewish family. I never heard my parents demean gay people. Nobody at my Reform synagogue denounced gays or lesbians. And yet, when I was 23, I still found myself struggling to tell my mother I was bisexual. Why? I have a great relationship with my mom, and I knew no one else in my family would be upset. It didn’t matter. I was afraid because conformity still rules.

As college bound Alison, outstanding Hannah Starr’s portrayal of a budding queer identity feels familiar. Her song, beginning with “I’m changing my major to Joan” serves as a jubilant and funny coming out anthem.

Young folks still struggle to come out, families still suppress homosexuality out of fear and self-loathing. At Victory Gardens, watching Alison Bechdel triumph over her hardships provides a glimpse of hope for the next generation of queer youth.

“Fun Home”–based on the graphic novel by Alison Bechdel, music by Jeanine Tesori, book & lyrics by Lisa Kron, directed by Gary Griffin—Streamed by Victory Gardens Theater, Chicago, Illinois, in May 2020.