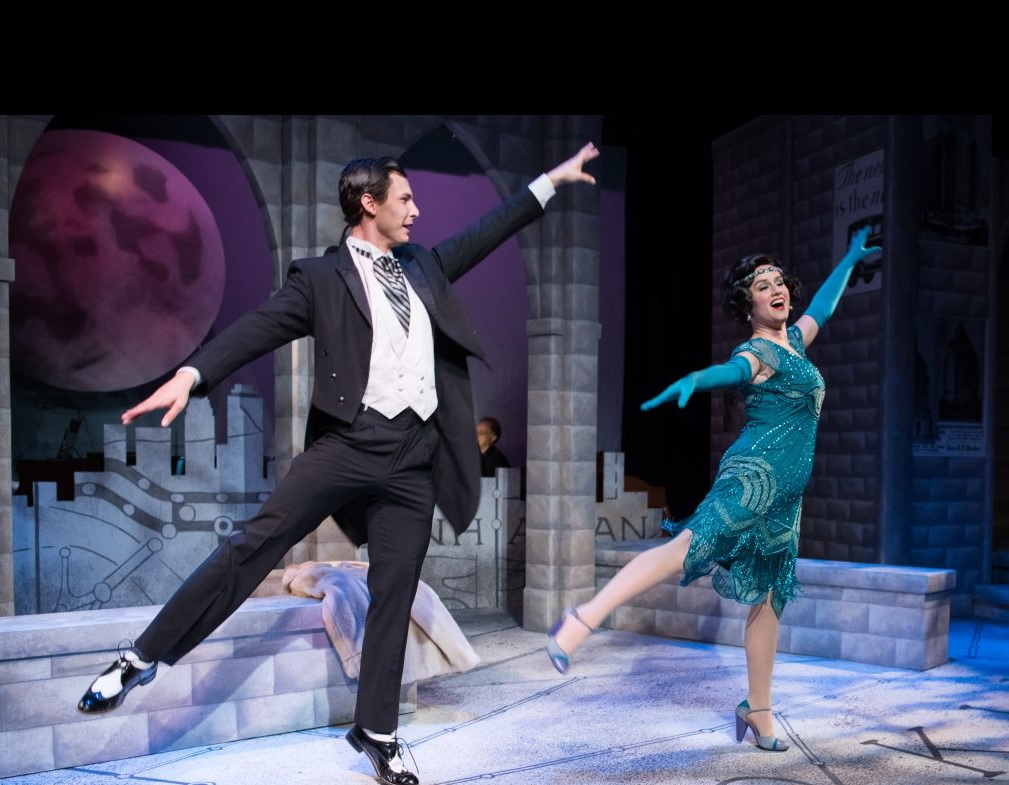 It happens to us all. What are we going to do this weekend? Who’s free? What movie do we go to? Who’s picking up the tab? In the 1955 musical “Saturday Night,” Stephen Sondheim tackles the awkwardness of dating in Brooklyn in 1929, on the edge of the Great Depression.

The newly married matchmaker of the group, Celeste (elegant Courtney Hatcher) and her husband Hank (loveable Kaylon Thibodeaux) do their best to convince the bachelors that marriage isn’t all it’s cracked up to be. While the boys wallow in their inability to plan a date more than an hour ahead, Celeste stirs up Mildred (captivating Caitlin Waite) to date all four  “lost boys” at once. Listen closely and you will hear a funeral march as they meander off into the night, arguing about splitting the tab four ways.

To my delight, the over-confident playboy Bobby (hunky Cameron LaBrie), counsels the other boys: “Making out requires considerable care and planning.” Bobby reminds me of my friend in college who claimed he had a date, but always “forgot” to take a picture.

Next, Gene (charming Nikita Burshteyn), a menial worker at a brokerage house, sweeps in. He is masquerading as a tycoon in crisp English top hat, tails, and sporting a swanky attitude. Gene goes off to crash Saturday evening’s Junior League Cotillion.  Ready to woo the ladies, Gene is heading for a surprise! The phony Southern belle, Helen (glamorous Amie Shapiro), sees through Gene’s facade as an uptown socialite, but is smitten with his charm.

In this twisted rom-com of errors, we sympathize with Gene’s desperate grasp for a world of endless luxury. As an aspiring Wall Street shark, he sells friendship in exchange for a fancy upper east side New York apartment and false sense of security. With each rotten decision, Gene spirals into debt and despair.

The show is packed full of honest reminders about the primary place of good friends in our lives.  Gene’s friends always have his back, no matter how awful his mistakes. Scenes with Celeste and Hank reminiscing about old memories show that we still have the same struggles, today. Hank remembers picking Celeste up at 8, but she remembers that he was an hour late.

Although Sondheim’s musical was scheduled for 1955, the producer died, and the show went unrecognized until its revival in 1997. The talented cast performs “Saturday Night,” a gem of a  musical, with the verve and passion it deserves. It’s been a long time since I’ve seen an off-Broadway musical executed with so much energy and talent. While the acting is superior, the vocal talent of this cast is pure magic. “One Wonderful Day” at the end of Act 1 leaves us begging for more!

The comedy starts with the first song, which asserts boldly: “ If you’re alone on a Saturday Night, you might as well be dead!” After all, “Saturday Night” convinces us that, in the midst of despair, we can still get out and search for romance and hope.

If you like this, take a look at “La Cage aux Folles” and “Urinetown.”