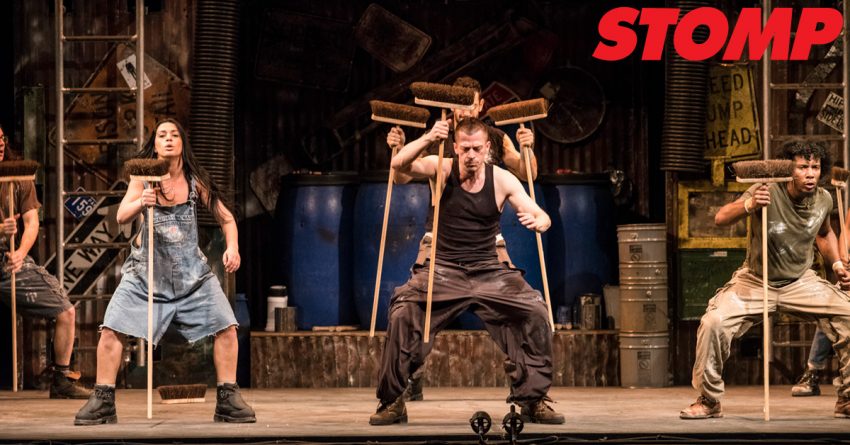 The long running New York hit show “Stomp” introduces us to a group of eight street-wise percussionists and mimes, six men and two women, dressed mainly in rags. The floor-to-ceiling, two level stage sets the mood—filled with thousands of instruments and household tools, along with traffic signs, car parts, and brooms.

It’s visceral. The raucous street sounds touch the primordial streak that connects humanity. We can feel the pounding in our solar plexus—everyone in the Geary Theater feels it, at the same moment. 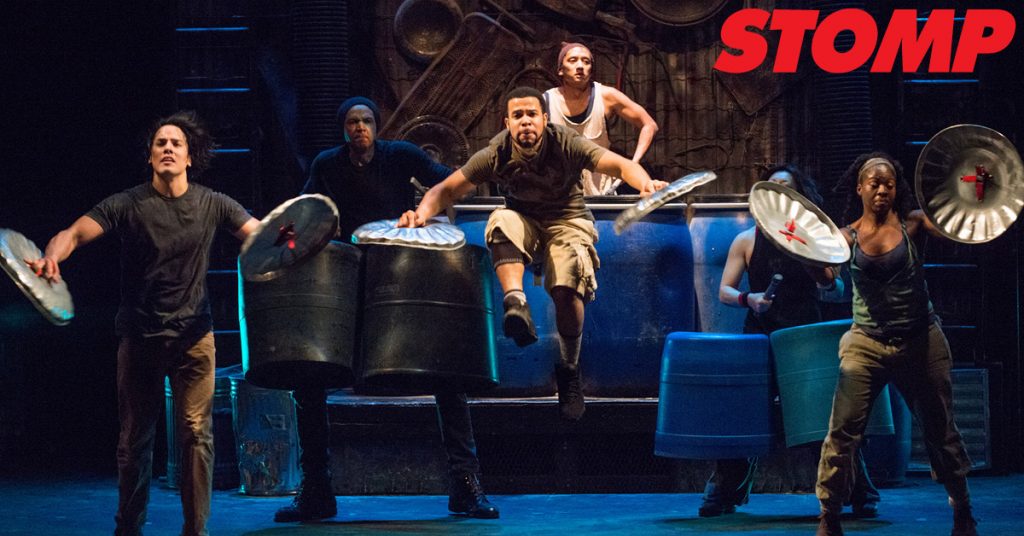 The sounds sometimes culminate in a harmony of loud beats or a cacophony of clashing garbage cans—while the performers dance in syncopation. The swishing invitation of the lone broom holder attracts more broom holders. They begin striking the brooms in a complex rhythm of bangs and movement.

In one scene, Cade Slattery, dressed in slacks and shirt with a hat, is sitting on a stool reading a newspaper alone. He is soon crowded by his newspaper-reading friends. A chorus of newspaper tapping and scrunching breaks out.

When high on the second level, the lights dim, I, too, sway on a thin thread of rope with the performers, beating the many sized drums. My heart pulsates with the deafening bangs. The drums speak to us. The pounding of an orange industrial garbage pail unites us in fellow-feeling, as Joyce Joyner wields a hammer handle. Joyner’s beat resonates with an African festival dance amidst a chorus of sound. 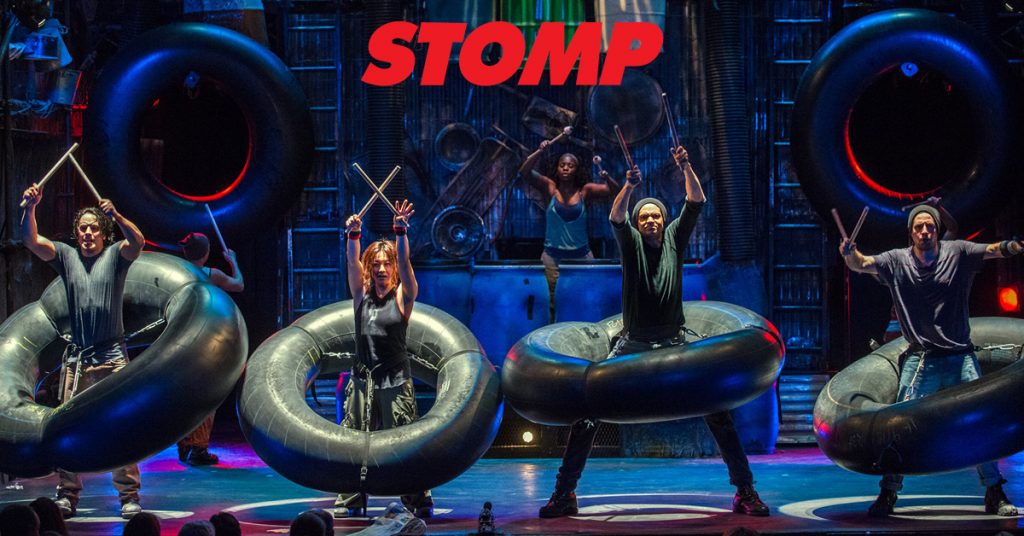 Invited by the leader, Jordon Brooks, into the performance, the audience responds. Brooks claps, we clap in reply. He snaps his fingers, we snap our fingers, too. He claps multiples times, and we communicate. A conversation has started, the community has reached out and we join them in acceptance.

An hour-and-forty-five minutes fly by in seconds. I am amazed Phillip Meyer’s complex use of lighting to change the mood.  Co-Directors Luke Cresswell and Neil Tiplady awe us with eight performers in constant motion, flinging items at each other, dancing, and then catching and banging them on the floor. Amazing.

Do not miss the opportunity to be WOWED! “Stomp” reignites the deep, resonating heartbeat of our tribal ancestors, uniting diverse peoples. “Stomp” reconnects us to a universal pulse.